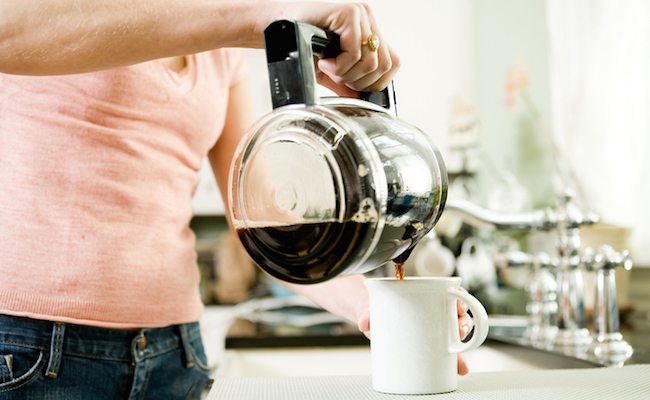 When it comes to the health benefits of coffee, there are a lot of mixed feelings about it. There are several known pros and cons to drinking the popular hot beverage, but overall, it’s generally touted as a relatively healthy thing to drink—especially compared to other caffeinated alternatives like soda or energy drinks.

The latest findings on the effects of coffee come from two different studies that suggest it might be tied to longevity. In the first study, which was also the largest coffee study every conducted, the coffee consumption habits of over 520,000 people from 10 different European countries were tracked for a period of just over 16 years.

Researchers found that the higher people’s daily consumption of coffee was, the lower their mortality rate. Those who were drinking three or more cups a day, which was about 25 percent of all participants, experienced a significantly lower risk of mortality at a 12 percent decrease for men and a 7 percent decrease for women.

In the second study, coffee consumption as well as other diet and lifestyle habits were tracked among 185,000 Americans over a period of about 16 years. Similar to the first study, the researchers found a link between coffee consumption and a lower mortality rate from health conditions like cancer, heart disease, respiratory disease, diabetes, stroke and kidney disease.

Those who drank one cup of coffee a day showed a 12 percent reduced risk of mortality while those who drank 2 to 3 cups daily showed an 18 percent risk reduction. The findings for this particular study are important because unlike the first one that focused on European populations, this one involved a diverse population of Americans, including African-Americans, Native Americans, Japanese-Americans, Hawaiians, Latinos and Caucasians.

Continue Reading On Next Page (>) …